After reading this review, all you need is your imagination to make a complete draft of your own film! Get to know the Application of the unlimited possibilities for your film! 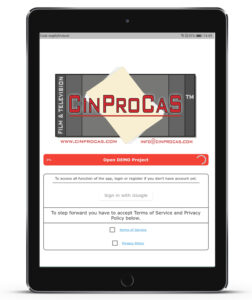 You also have two options to plan your own movie! 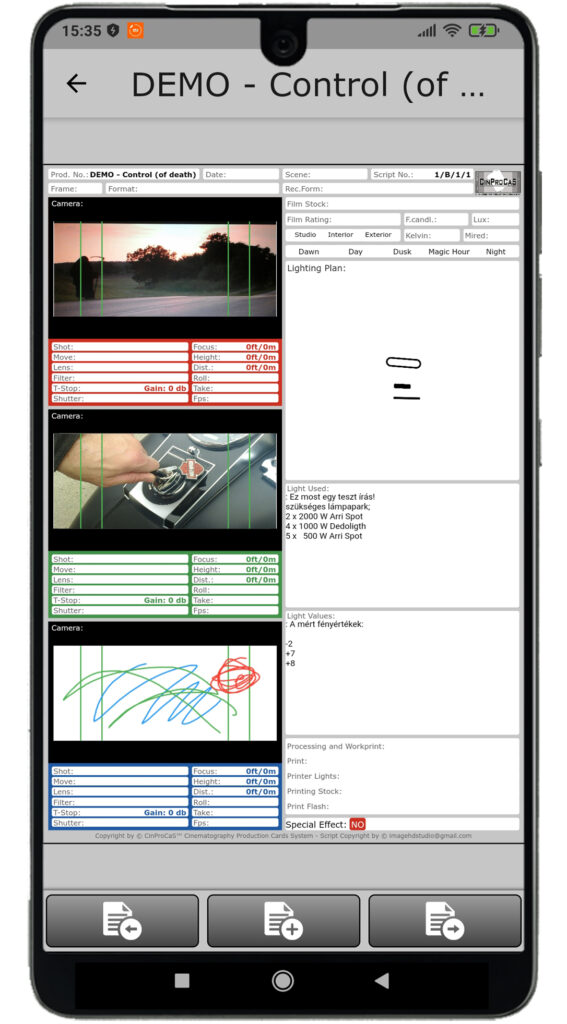 If you don’t already have a finished Screenplay, you can start designing your film image by image on the Cinematography Cards page! 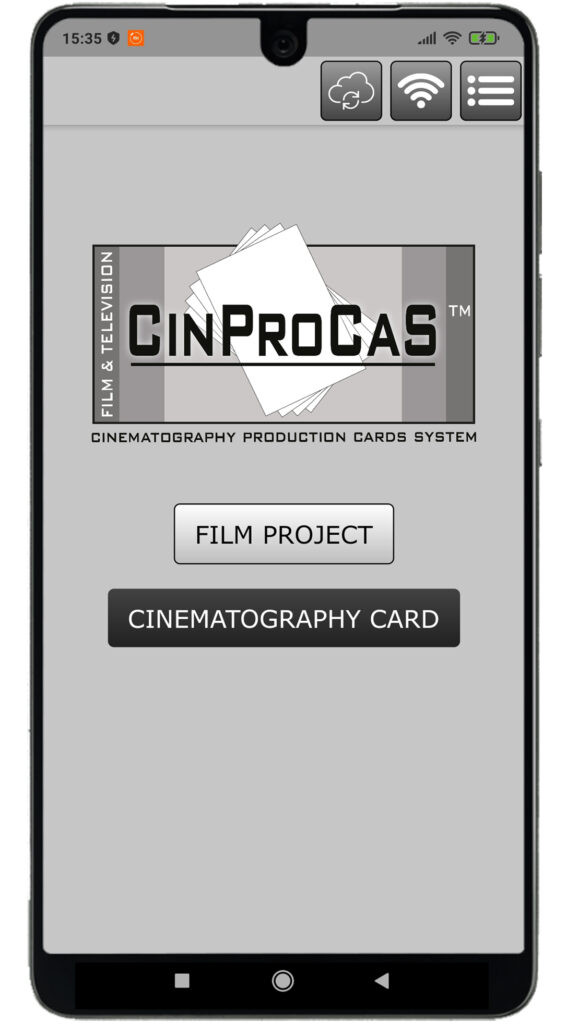 If you already have a finished movie script in PDF format, select the Film Project page and you can import the PDF by clicking the PDF icon on the My Projects page.
When you import, it creates CinProCaS™ Script pages broken down into movie scenes.
You will see the Scene Number layout on the generated pages. (It is very important that the PDF Screenplay’s layout is accurate and correctaccording to the rules of the screen writing profession. This is the only way the pages created by CinProCaS software will be accurate!) 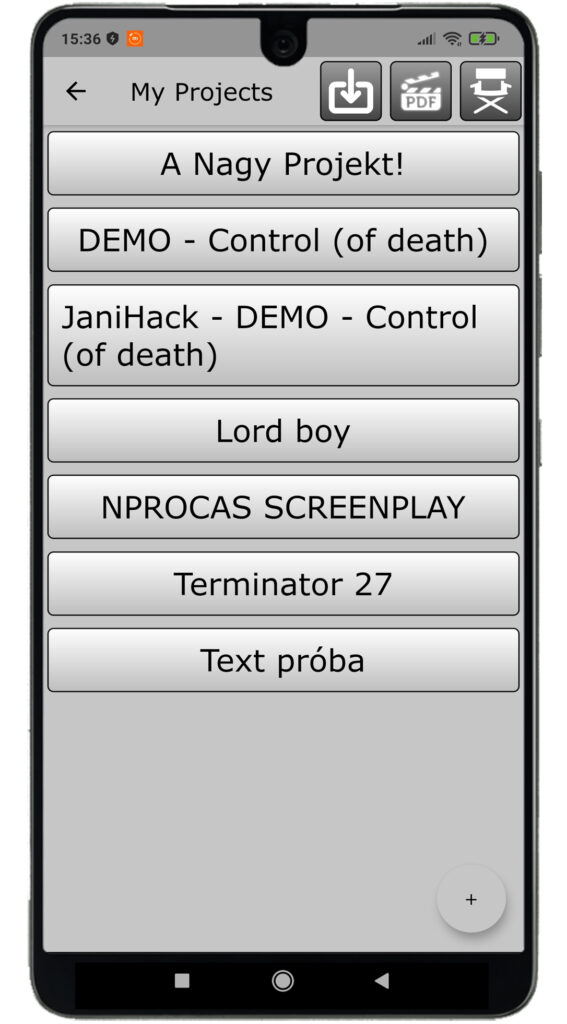 It’s important to know that when you’re working on one of the scenes in your film and you need more than 3 photos to design your scene, you can assign any number of extra pages from the Cinematography Cards page.
If you need more images, you can assign more on the Film Project Script No. pages by pressing the + button.

These pages can be dragged into the Film Project pages sorted by Script Numbers with a + sign!
When exporting, they will also get where you put the pages in PDF format! 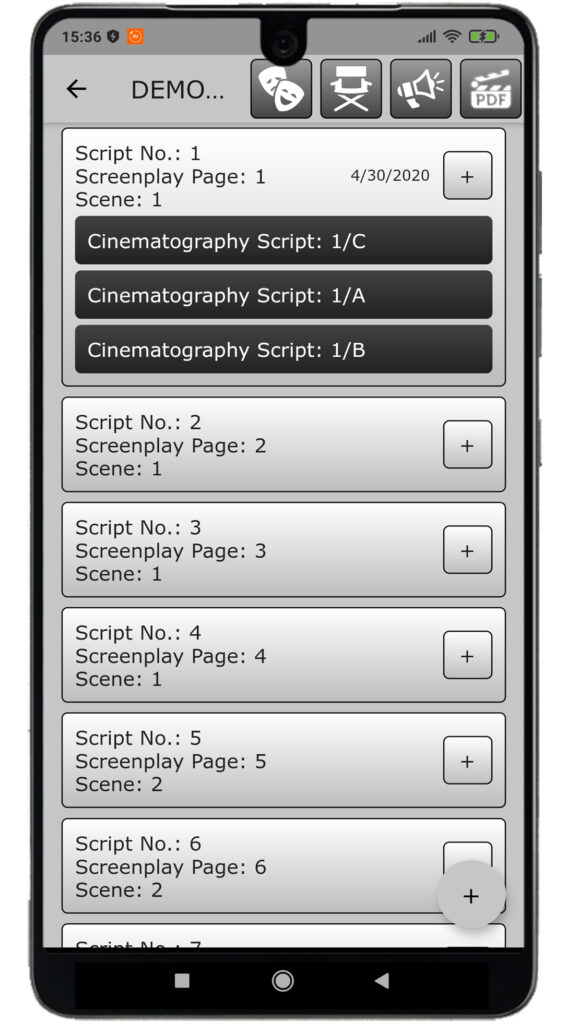 You can also write a new script by clicking on the Screenplay Write icon once you have created the title of the project, entering in the Film Project you will find the icon at the top!
If pressed and held, each icondisplays the function you can perform with it! 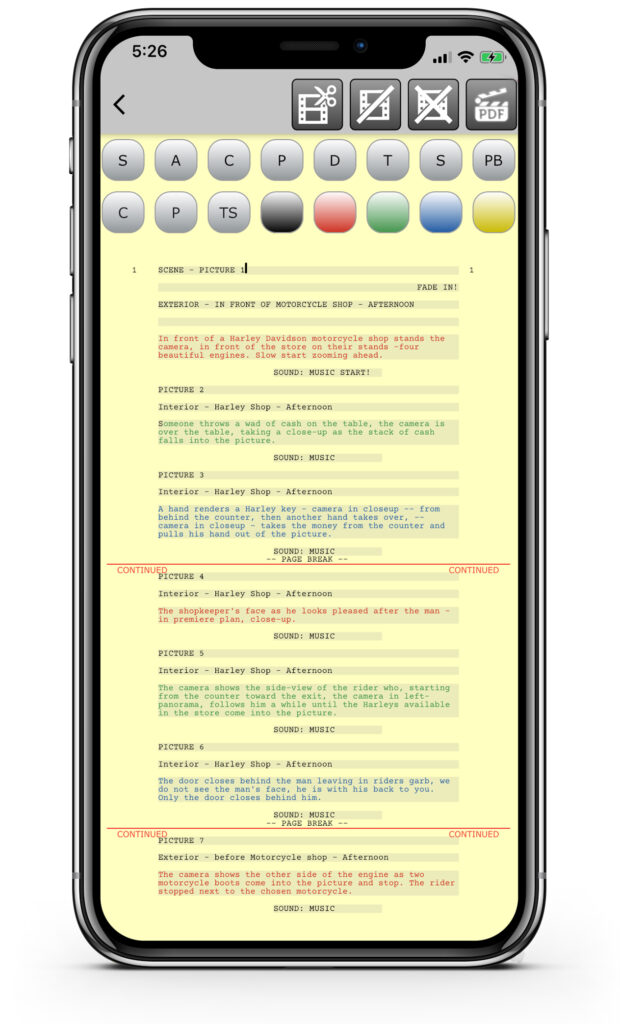 You have the option to set the colors where you want to have a cut in your film as you write.
When which camera will show the scene.
You can mark this with colors, which will also appear on the Script page.
The colors assigned to the Camera Plan for the specified image are red, green, and blue. 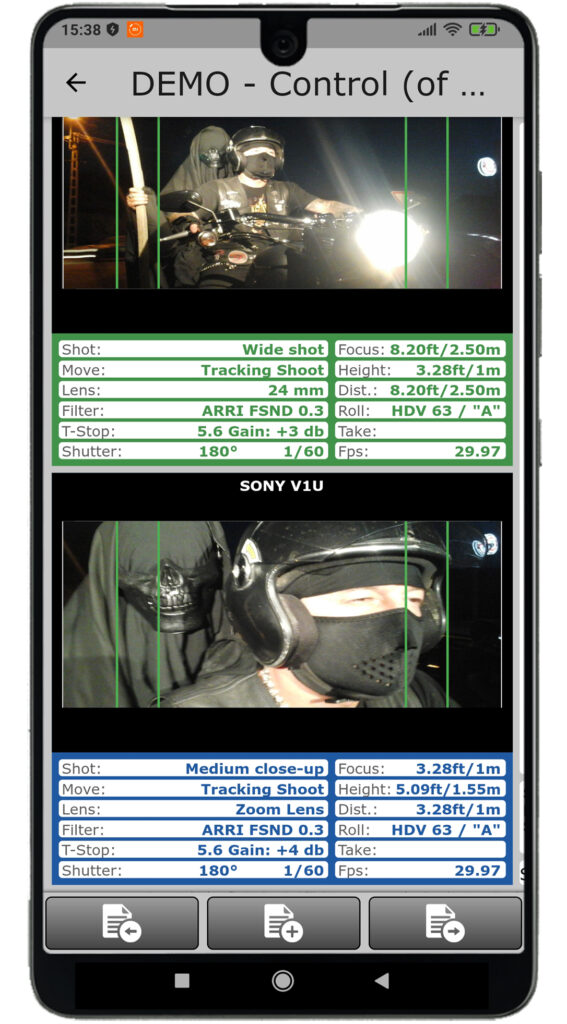 You can also open the Screenplay on the Script page, but you can’t type in there.You can only check the colors! 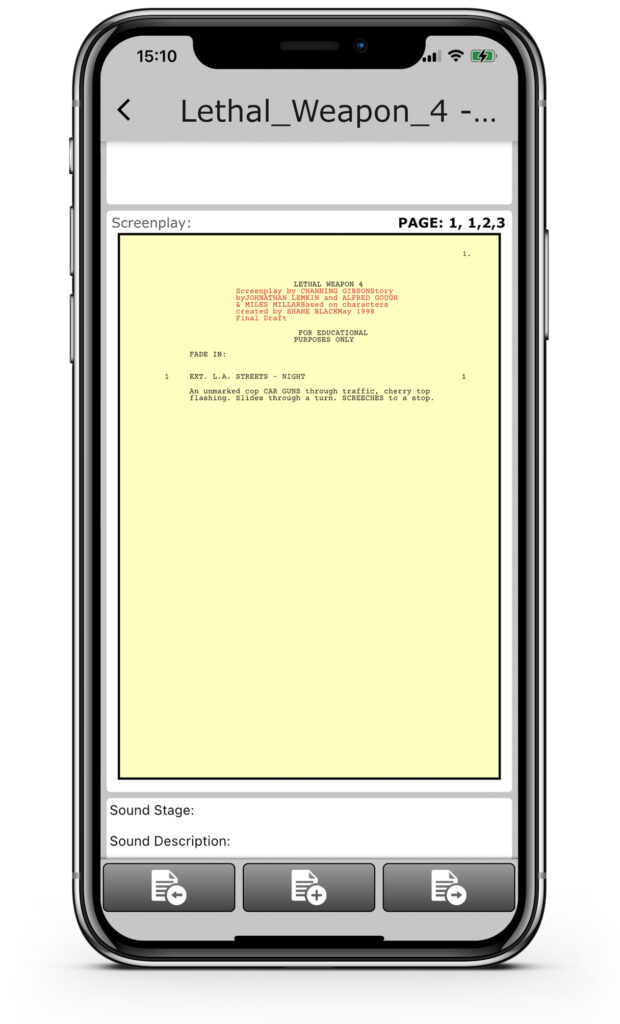 Any filming order by specifying dates.

Both the CinProCaS and FilmProCaS applications have been created that if you set the day on which you want to record the scene on the Script page, you can use the Sort button to sort by Date and Export to PDF.
This feature greatly speeds up production preparation!

After printing, all you have to do is put the daily order one after the other and your shooting plan is ready!
You can enter the Date even after the entire project has been completed, i.e. you have the opportunity to think through and plan the shooting order of your film exactly!
This will save you significant cost and time!

The calendar system helps you what and when you want to shoot. This allows the shooting plan to be completed quickly and efficiently saving you a lot of time and money! 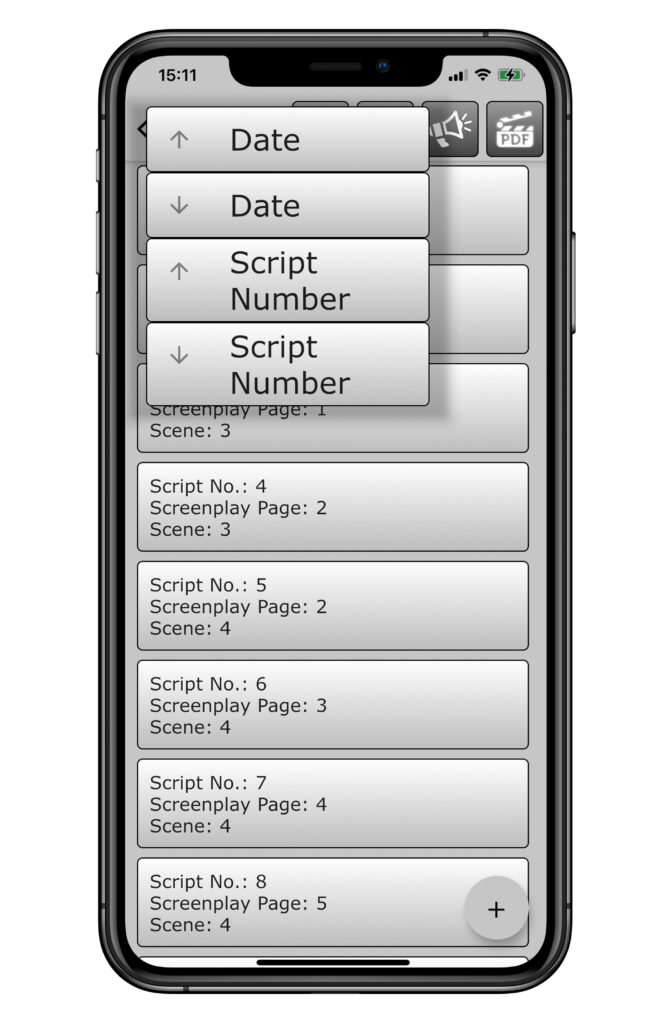 By sending the Script pdf and Lighting plan pdf pages in the previous day’s email, you will significantly reduce the time of filming preparations and the cost of filming days!

IMPORTANT! Use cloud sync when you use the app with other devices! Or if you want to do a backup! For data synchronization the application has to be started. It can be in background too. Do not close the app until the synchronization ended!

Buttons and functions in the application!